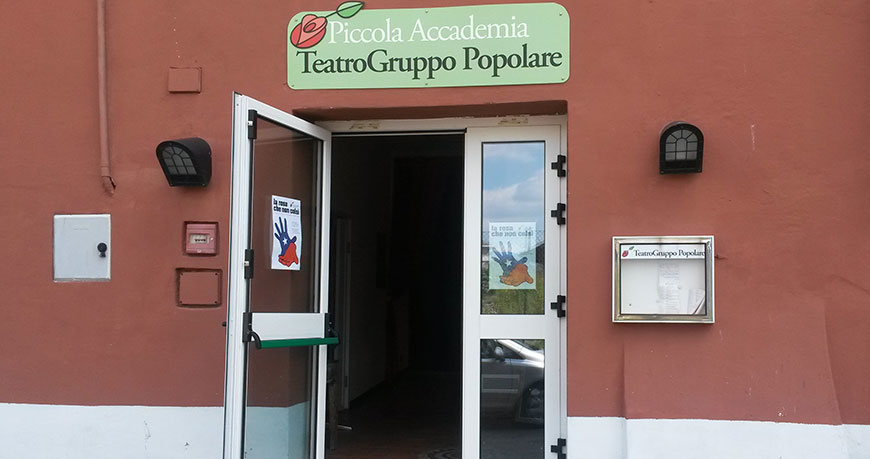 TeatroGruppo Popolare is everyone's theater: commitment to themes, lightness in form. Shows, courses and workshops for children, adults, the elderly and schools.

Comasca theater company that since 1986 carries out its activity among theaters, squares, libraries and schools collaborating in initiatives aimed at solidarity and intercultural education, with civil theater shows that address important issues in a light and understandable way for everyone thanks to a style matured over the years, which combines the characteristics of various interpretative styles. Inaugurated in 2013, the Little Academy is a common place, a space accessible to most in the sense of theater as a party, as a ritual to be consumed in the community. An all-round space for theater, cinema, workshops, exhibitions, concerts and cineforum.