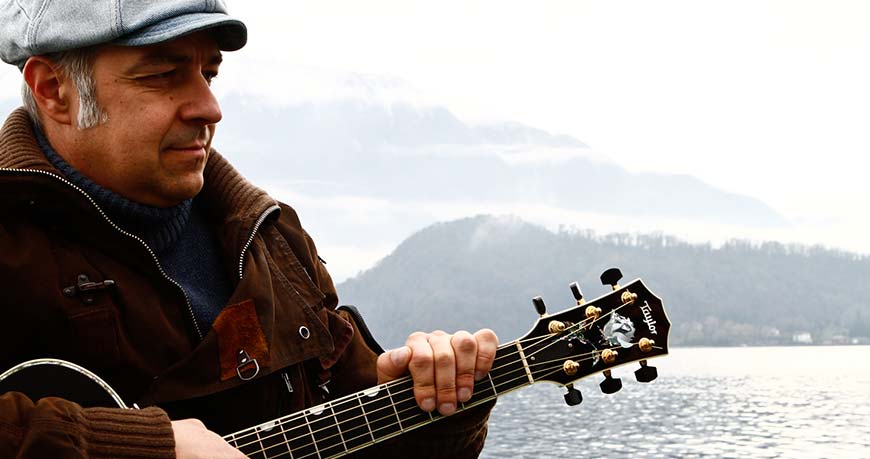 A place of centuries-old traditions, but it is also an hopelessly narrow place for those who look at wider horizons. Almost all of his songs refer to the lake, to his deep spirit, to his dirty and clean sides, to his lights and to the shadows, rotating through all the coastal towns ... without ever losing sight of the City, which makes always part of all expeditions, mythologies, exaggerations in general. Most of the texts are designed, written and sung in the Tremezzino dialect (or laghée): a language more than a dialect, made even more realistic and strong by stories (and characters - very often real outsiders) which, although uncomfortable, are absolutely poetic.