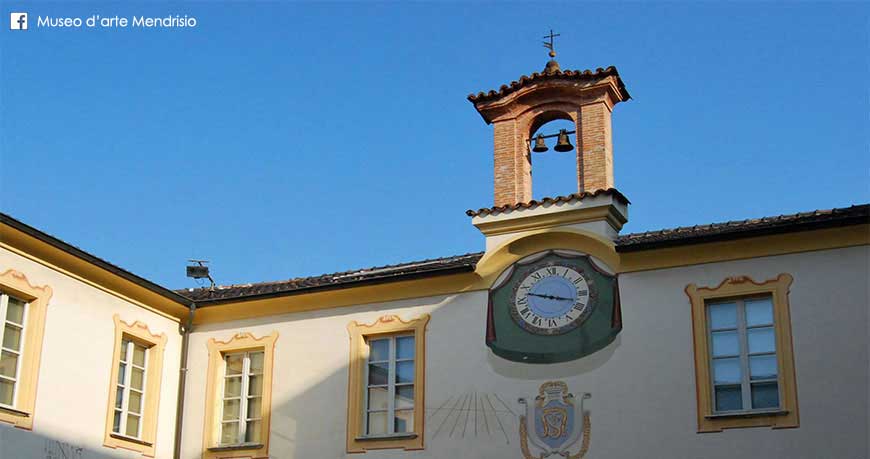 The first extensive review of the complete collection seals the renovation work of the Mendrisio Museum of Art, which began in 1982 and ended in 2009.

With the presentation of a rich selection of works from the '600 to the contemporary, the permanent is inaugurated, which will then remain on display also in conjunction with the temporary exhibitions.
180 works of art, ranging from the 17th to the 21st century, illustrate the collections of the Mendrisio Museum of Art in an exhibition inside the recently restored spaces of the historic San Giovanni Complex. Important authors in local artistic history, but also classics of modern art: a heritage that has gradually been enriched and that today counts, thanks to the recent arrival of substantial deposits, over 2,500 works. In the 28 years since its creation in 1982, which fell in conjunction with the presentation of the first and decisive acquisition - the Grigioni donation -, the Mendrisio Museum of Art has managed with perseverance to constitute an artistic collection of absolute value in the local area.
Birth and development of the Mendrisio Museum of Art are intertwined with the restoration works of the San Giovanni complex, a fundamental monument in the history of Mendrisio. Its progressive recovery meant, at the same time, the progressive strengthening of the Mendrisian museum institute. The completion, in the last seven years, of the restoration of the complex has allowed the institution to expand both the deposits and the exhibition spaces. Today the Mendrisio Art Museum is a consolidated and affirmed reality at the cantonal level.
Its collections have been formed over the decades thanks to the acquisitions wanted by the Town Hall and, above all, thanks to the donations and deposits that have concluded monographic or thematic exhibitions. The growth of a collection mainly depends on the - targeted - exhibition activity that a Museum pursues over time, and so it has been and still is for the Mendrisio Museum. The presentation in monographic exhibitions of modern and contemporary authors allowed him to annex often significant funds of their work. A commitment rewarded with the arrival of substantial funds such as - to cite the major examples - that dedicated to the painter Pietro Chiesa, a reference figure of Ticino art from the late 1800s to the mid 1900s, and above all as that of the artist -Gallerist Gino Macconi, who with his contribution enriches the Museum with materials that give a wide fresco on the local artistic history (especially of the 1900s), as well as providing some interesting documents of artists - especially Italian - of modern art European.
Some guidelines stand out within the collection. We indicate two in particular: on the one hand, a regional historical trend; on the other, a complete view of the Ticino twentieth century. A collection of ancient works allows to build, starting from distant origins, an artistic micro-history of the territory that over the centuries leads us from the seventeenth-century Torriani workshop, through the production of Petrineschi, by Giovan Battista Bagutti, by Bernardino Pasta, by Antonio Rinaldi , by Pietro Chiesa, up to the heart of the twentieth century thanks to the funds of two protagonists of regional history such as Guido Gonzato and Giuseppe Bolzani. But, as mentioned, the center of gravity of the collection remains the '900 Ticino (or rather, in Ticino), documented in all its major figures; figures that in turn trigger thematic strands, following which you can read and variously interpret the art and history of the Ticino area: the specific character of a province influenced by the culture of origin, but also strongly by a component from the north .
A chronological criterion is accompanied, above all in the catalog, by a sectoral criterion by thematic and linguistic strands. The catalog accompanying the exhibition is therefore divided into nine historical-thematic sections, each of which is introduced by a synthetic critical reading, and brings together the images of 180 works, including those of 128 authors.