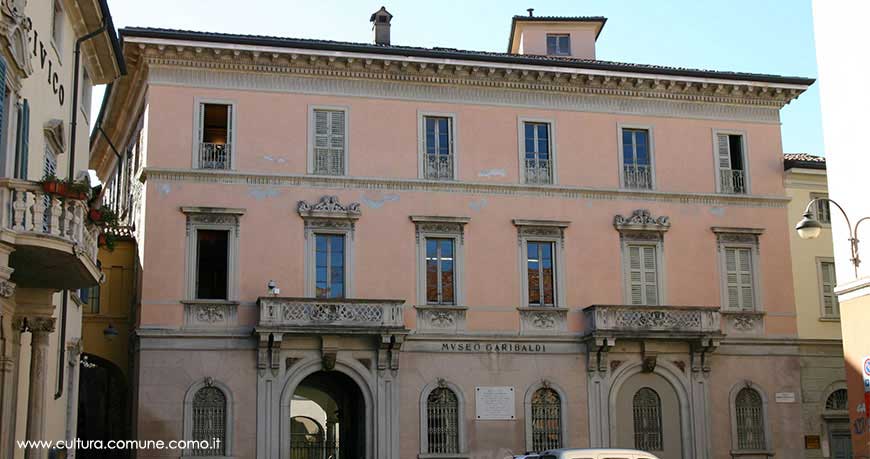 In addition to witnessing the Risorgimento struggles, the "Giuseppe Garibaldi" Historical Museum includes a section dedicated to textiles, clothing and fashion between the 18th and 19th centuries.

To these finds are added ceramics, manuscripts, medals and other objects that testify the products and the quality of life on the lake, as well as the taste of collecting, in the last three centuries. Particularly significant is a room dedicated to lace and embroidery, with works from the XVII to the XIX century and a remarkable Neapolitan Crib from the XVIII century.
The museum was established in 1932 and inaugurated in the same year, in the rooms on the main floor of Palazzo Olginati, following the legacy made to the municipality of Como by this noble family who had hosted the General several times. Timetables
Tuesday-Saturday: 9.30-12.30 / 14.00-17.00
Sunday: 10.00-13.00
Monday closed