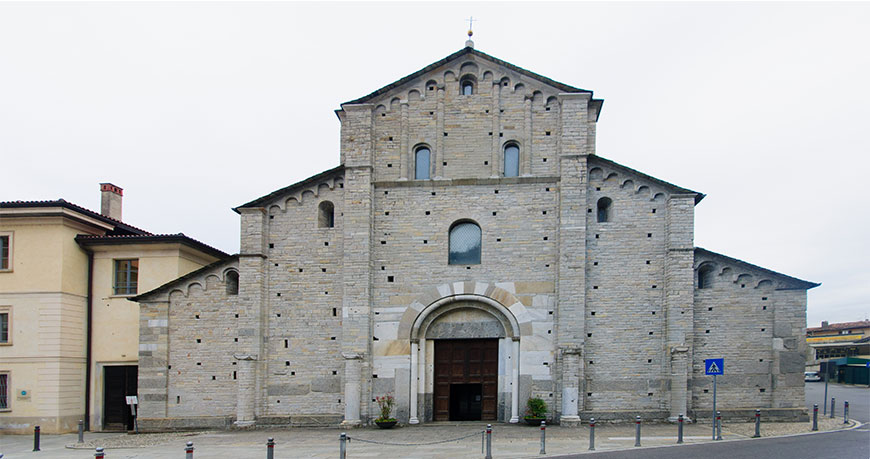 It is a significant example of Lombard Romanesque architecture and a masterpiece of the Comacini masters.

It was built in place of the early Christian church dedicated to the Holy Apostles, whose perimeter is marked on the current floor by strips of black marble and is dedicated to the patron of the city, fourth bishop of Como.
The building was the city's cathedral until 1013 when this title was transferred to the church of Santa Maria Maggiore, then demolished to make way for the Duomo.
Inside, the main of the five naves, covered by a flat ceiling, is supported by tall columns of ashlars with rounded cubic capitals; the lateral ones are divided by quick columns, some monolithic, of granite, minus one of cipollino, and covered by a trussed ceiling. The perimeter of the previous church is marked in the floor with black marble bands.
The basilica was the subject of significant restoration works that brought to light a series of frescoes from the mid-fourteenth century. The main panels represent the life of Christ; in the vault, "Christ between Mary and John, Peter and Paul", in the pilasters and in the sub-columns, "the kings of the Davidic race, Prophets and Saints".
Under the main altar are the relics of the patron.