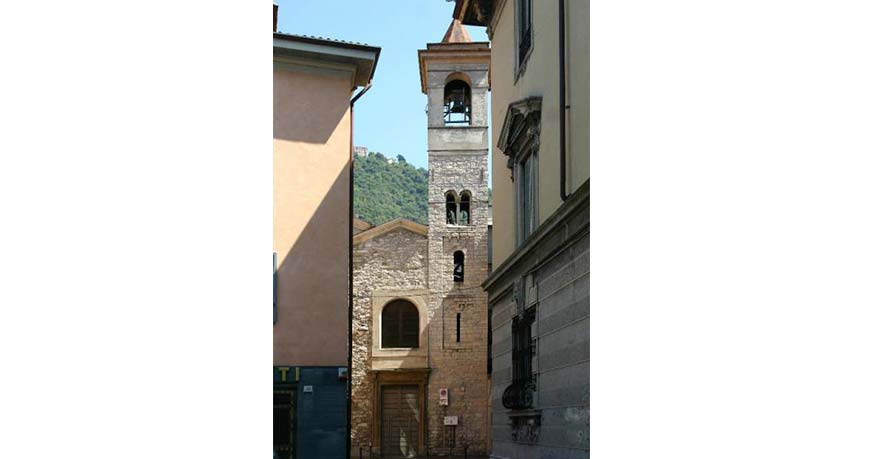 Church of probable early medieval foundation, until 1787 parish church dedicated to S. Provino, second bishop of Como, originally it was perhaps located just outside the perimeter of the city walls and dedicated to S.Antonino.

The oldest vestiges are recognizable in the nave and bell tower with a Romanesque layout.
In the first decade of the sixteenth century, the enlargement of the church was completed with chapels on the northern side. Next are the roofing of the nave with a barrel-vaulted ceiling, the remaking of the apse and the elevation of the bell tower. The chapel of San Rocco, owned by the De Orchi family, contains a marble relief showing S. Rocco and the dog, the work of the Rodari laboratory (early fifteenth century). The set of stuccos and frescoes of the Morazzonian school in the chapels is from the first half of the seventeenth century.
The church also contains The Martyrdom of St. James formerly part of the altar of the Basilica of St. James, ascribed to the Recchi brothers.