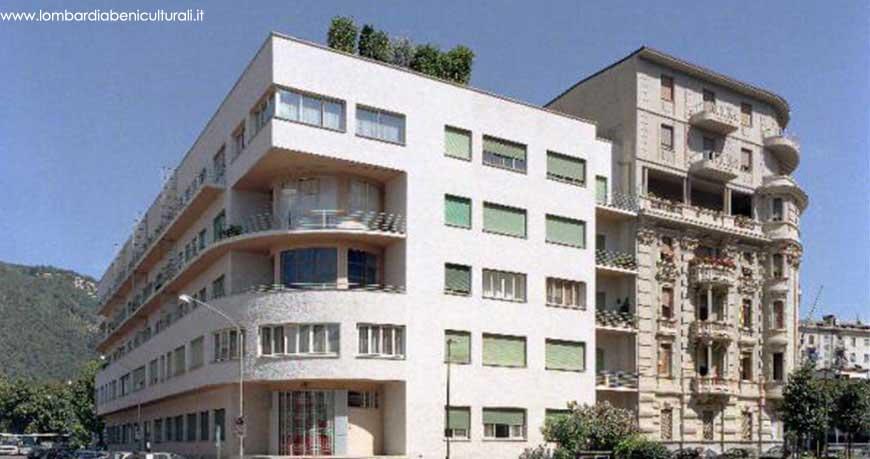 The first rationalist building erected in the city, the Novocomum was born as the completion of a large eclectic-style residential building built around the mid-1920s.

The young architect Giuseppe Terragni, after presenting a rather traditionalist project for approval, instead had a completely different building built behind the impenetrable curtain of the construction site, causing scandal in the city.
Initially intended for demolition, the Novocomum was saved by an opinion of a special commission established by the Municipality.
The large building is characterized by the relationship between the long facade, marked by the horizontal cuts of the windows and balconies, and the edges, plastically excavated at the bottom by a glass cylinder. Outside, the original, very lively polychrome was lost, which was instead recovered in the internal courtyard.