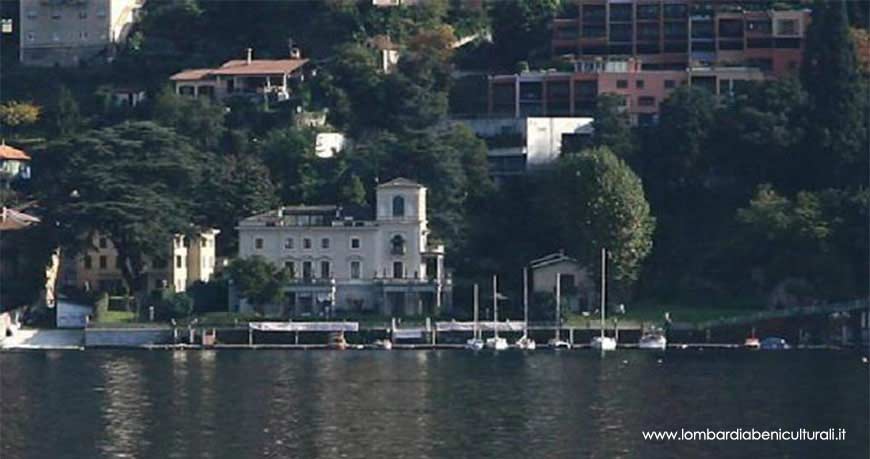 In 1843 the architect Balzaretto built an elegant building for Giorgio Mylius, where the villa of the publishers Artaria once stood.

Corrado Cramer in 1864 renovated the neo-Renaissance style home. The Milanese architect Alemagna worked on the garden.
The villa was later purchased by the Cademartori family. The villa is less than ten minutes by car from the center of Como. It is located on the lake in the Girola hamlet. (Girola, from the dialectal "gerun", that is scree, is in fact the result of a landslide occurred in about 1400). From Blevio you can enjoy a wonderful view of Cernobbio, Villa d’Este, the Monte Rosa chain. Villa Cademartori is one of the best known and most admired homes on the lake. It is a white building, built in neoclassical style at the end of the eighteenth century.
The current renovation and division of the property dates back to 1980 by the architect Margheritis. It consists of two noble floors of the villa for a gross total of more than 700 sq m.