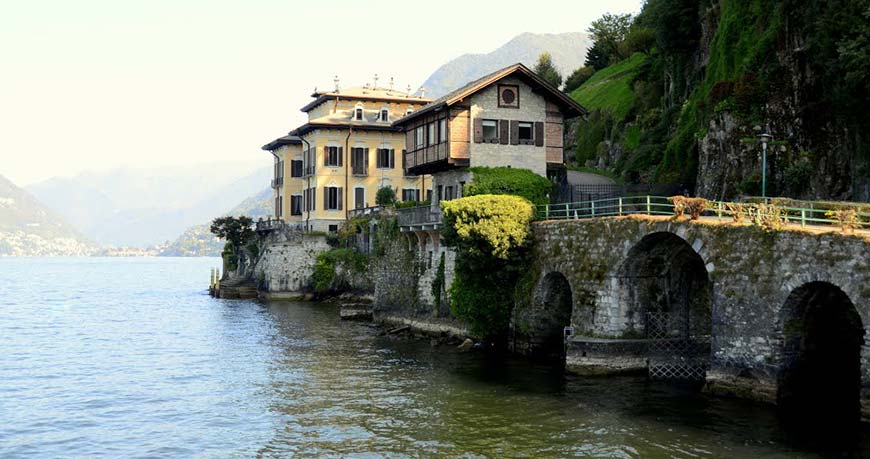 In one of the most refined corners of the Lario, in the Geno area, there are the gardens and the palace of the Marquis Cornaggia.

It enjoys an excellent view. On the left the city, in front of the buildings of the Borgovico area, the Grumello, Cernobbio, and finally the right I look at it moves on Torno. It enjoys comfortable paths, perched on the mountain, in the living rocks. Everything you search for in a modern garden can be found in this villa. It is believed that some Roman family villas once stood on the elegant home: the only certainties are represented by some 5th century epitaphs concerning illustrious Christians.
The spectacular villa, owned by the architect Massimo Musa, has been the main set of the soap opera "Vivere" since 1999, entirely shot on Lake Como. The soap followed by millions of viewers tells the story of the plots, betrayals, power games of four families who live on the lake.