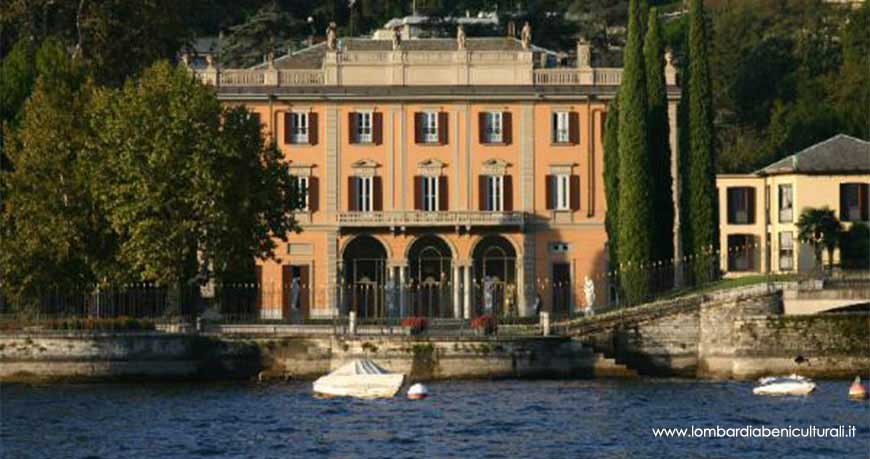 It is the oldest villa on the Via Borgovico.

It was built as a summer residence in 1615 by the abbot Marco Gallio, nephew of Cardinal Tolomeo Gallio, on an area where the Gioviano Museum initially stood, built at the behest of Bishop Paolo Giovio in the first half of the 16th century to house his collection of portraits of illustrious men.
The building, which belonged to the noble family until 1772, was purchased in 1957 by the Como Municipal Administration, which oversaw its restoration. Part of the figurative and architectural heritage of the original building was recovered, partially modified by the various owners who succeeded the descendants Gallium. It has a simple structure and has, on both sides, a portico with three arches with paired columns on the ground floor, two floors of windows with a central balcony and, only on the lake front, a terminal balustrade adorned with statues.