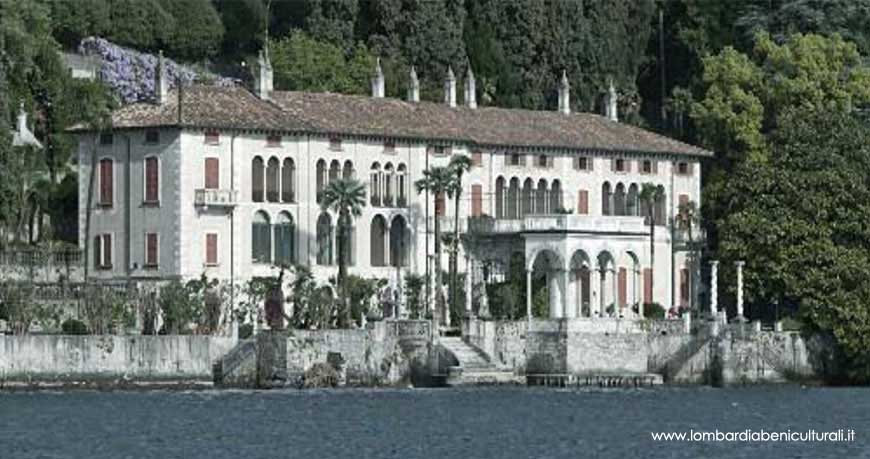 The entire property was purchased in 1569 for 700 gold shields, 4 lire and 9 money from Paolo Mornico of Cortenova in Valsassina.

Remembered by the sources as a rich and enterprising nobleman, who owed his wealth to the mining of iron in Valsassina, he adapted the conventual building to a private home; however, he had to leave free access to the church of the monastery, which was still frequented, not only by local devotees.
Subsequently from 1609 to 1619, then between 1630-45, the structure underwent profound transformations made by the son of Paolo, the powerful jurisconsult Lelio (1585-1659) who had successfully dedicated himself to the administrative career obtaining important positions: it was also podestà of Lecco from 1648 to 1651 and commissioner of the Tre Pievi. He had to maintain the oratory, which had been visited by Carlo Borromeo at the time.
In 1675, his successors created a chapel dedicated to Saint Anthony; As for the monastery, on the other hand, Lelio Mornico almost completely demolished the building and created a splendid villa which he took the name of Leliana, carrying out imposing works, remembered by the sources of the time, for which a total of 32,000 imperial lire were spent.
Of this seventeenth-century structure remain today the five-arched loggia on the first floor (closed in the first half of the nineteenth century to obtain new rooms) and the two rooms located on the ground floor, to the right of the entrance hall, known as the Red Room and the Sitting Room Mornico, of which you can still see the beautiful vaults in the apprenticeship and sail. The rich jurisconsult in the construction of his new home seems to want to inspire two prestigious late Renaissance buildings from Lariano, the Villa Pliniana di Torno, built shortly after 1573 by the governor of Como Giovanni Anguissola, and Palazzo Gallio di Gravedona, built in 1586 by the powerful cardinal Tolomeo Gallium, to which the elegant and airy loggias of the main floor refer. These loggias were created by Mornico most likely to standardize the appearance of the facade of the villa to the existing portico in front of the oratory, alongside which the new residence was erected. The construction of the building located north of the villa probably dates back to the mid-seventeenth century, which originally served as an oil mill and which was subsequently expanded (1851) (now it is used as a guesthouse).
Regarding the garden, it seems that already at the time of the Mornicos there were exotic plants such as aloe and agave, which had been added to the citrus groves and vines already present at the time of the monastery, as handed down to us by the descriptions of contemporary visitors.