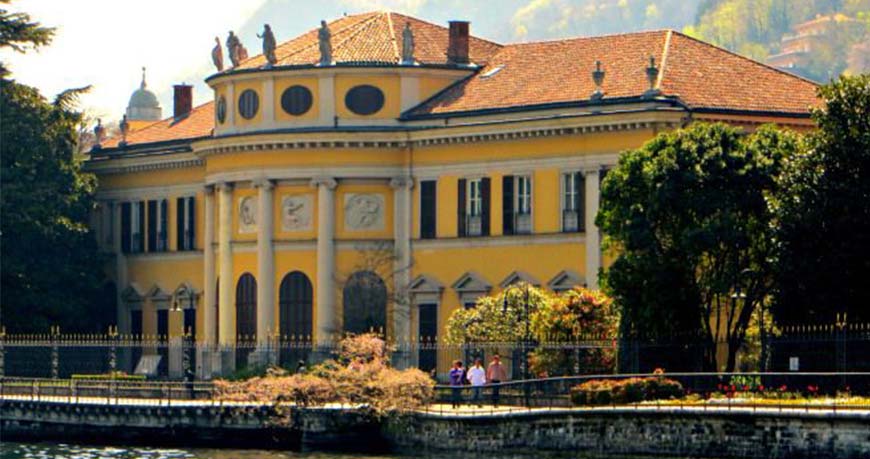 Villa Saporiti was built between 1790 and 1793 for the Marchesa Eleonora Villani and was owned by the noble family until 1858 when, the woman's heirs sold it to the Marquis Marcello Rocca Saporiti who gave it its name.

Despite some later additions, the construction retains its original appearance both in the structure and in most rooms.
The two-story villa is better known as "La Rotonda" because, on the lake front, it has an imposing rounded central body punctuated by half-columns interspersed with windows surmounted by medallions with pagan divinities linked to water. Inside, in addition to the large, elliptical, vaulted central hall, we find: a scissor staircase by Luigi Cagnola leading to the first floor, a sitting room with a mosaic floor inspired by classical Rome, the library, Corinthian columns and statues of the early nineteenth century.
Many famous people stayed in the villa between the end of the eighteenth and the beginning of the nineteenth century: the first of the illustrious guests, Napoleon, in 1797, visiting Lake Como.
In 1950 the villa was purchased by the Provincial Administration of Como which, after the necessary renovations, located its headquarters there.