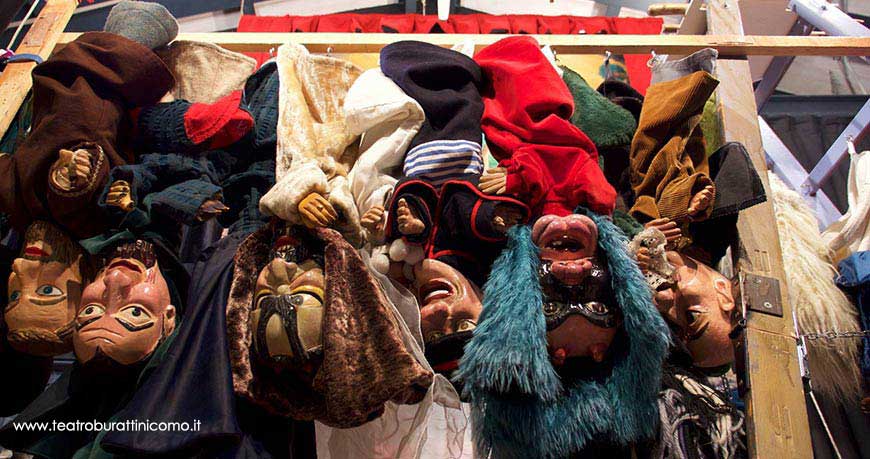 The Teatro dei Burattini di Como company was founded in 1982, founded by Dario Tognocchi, elementary tenured teacher, actor and director (he attended the Civic School of Dramatic Art of the Piccolo Teatro in Milan) and Paola Rovelli, animator.

Precisely on the basis of their skills and their experiences as teachers, Dario and Paola have created a theater for children that is expressed through the language of the puppets of the Lombard tradition. A staging style that has a long and very noble history and which bases its canons on ancient artistic and craft techniques such as the sculpture in wood of each character, the manual coloring of the faces and scenes, the careful packaging of each costume and not least on the live acting of each voice. The plots, exciting and fun, are taken from the popular repertoire, from the most expensive themes to the classical literature of all time and also from the legends of Lombardy; all expertly adapted for the puppet scene. Furthermore, in keeping with the canons of style, each show of the Teatro dei Burattini in Como features the traditional Larian mask Tavà: ironic, easy-going and burlesque interpreter of the wisdom and popular wit of a time now gone by. The Puppet Theater of Como is officially recognized by the Italian Theater Authority, the Lombardy Region, the Municipality and the Province of Como. In recent years it has produced shows in collaboration also with the Social Theater of Como and with the As.Li.Co. from Milan. For several years Paola Rovelli and Dario Tognocchi have held refresher courses for teachers of the elementary and kindergarten school. The company, now made up of six elements including technical actors and set designers, manages the "Alla Corte di Tavà" International Summer Festival which takes place between the cities of: Como, Lecco, Erba, Cantù, Milan and Pavia. For eight years, the Teatro dei Burattini in Como has been offering a didactic-theatrical course aimed at nursery and primary schools in Lombardy, called "Castelli in Aria". The initiative is carried out in collaboration with the Ferrovie Nord Milano Esercizio and the Municipality of Milan and is held at the S. Andrea di Brunate theater. In addition to this traditional puppeteer activity, for several years Dario Tognocchi and Paola Rovelli have coordinated numerous theatrical animation projects aimed at children and adolescents on behalf of schools, institutions and private companies; among these projects have had great relevance, also national: "Chiara Fresca Dolce Acqua" for ACSM and the Municipality of Como and "AND ... STAY WITH US AT THE SFORZESCO CASTLE" (Artistic and Organizational Direction on behalf of the Educational Activities Office of the Municipality of Milan).